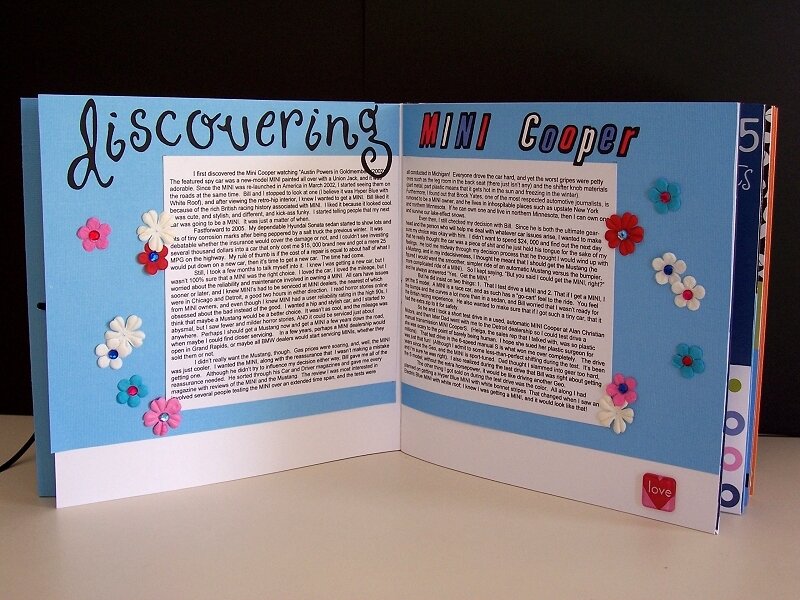 A page about my discovery of MINI Coopers and how long it took me to talk myself into getting one!

See All Projects by KarenTKD