THIS WEEKEND ONLY!
EXTRA 10% OFF Your Order with Code: SNOW
× 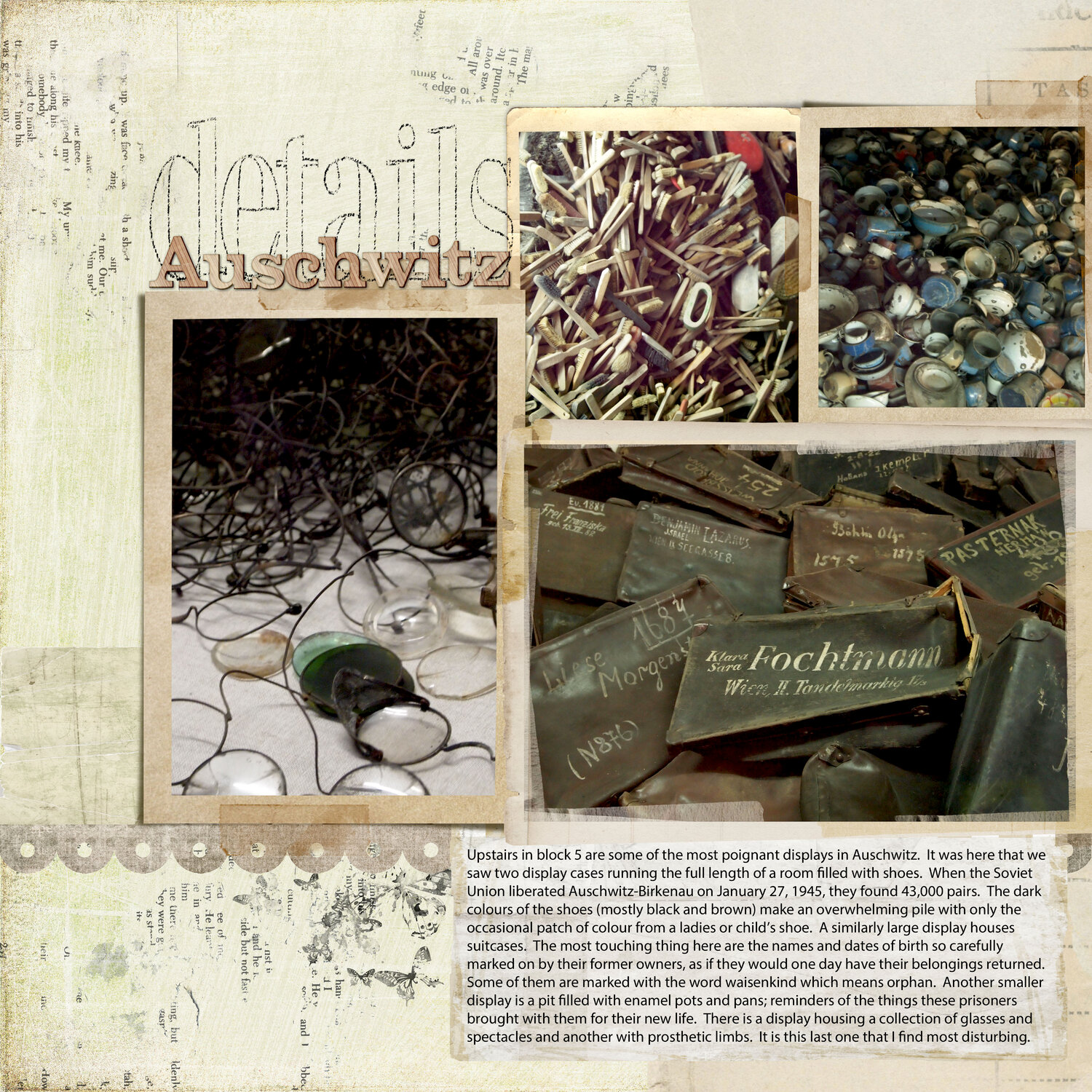 Journaling reads: Upstairs in block 5 are some of the most poignant displays in Auschwitz. It was here that we saw two display cases running the full length of a room filled with shoes. When the Soviet Union liberated Auschwitz-Birkenau on January 27, 1945, they found 43,000 pairs. The dark colours of the shoes (mostly black and brown) make an overwhelming pile with only the occasional patch of colour from a ladies or childs shoe. A similarly large display houses suitcases. The most touching thing here are the names and dates of birth so carefully marked on by their former owners, as if they would one day have their belongings returned. Some of them are marked with the word waisenkind which means orphan. Another smaller display is a pit filled with enamel pots and pans; reminders of the things these prisoners brought with them for their new life.
There is a display housing a collection of glasses and spectacles and another with prosthetic limbs. It is this last one that I find most disturbing. The key display here is a case that runs the width of a room filled with human hair  the only other thing on tour we were asked not to photograph as a sign of respect for the dead. It is estimated this display contains hair from 140,000 victims. One hundred and forty thousand people. Even with the display in front of me I struggle to comprehend that many people. The Soviet army found approximately 7,000kgs (7 tonnes) of human hair when they liberated the camp. It is these displays that really hit home that these were real people.

Based on a sketch by Cheryl Even

See All Projects by Chinagirl828