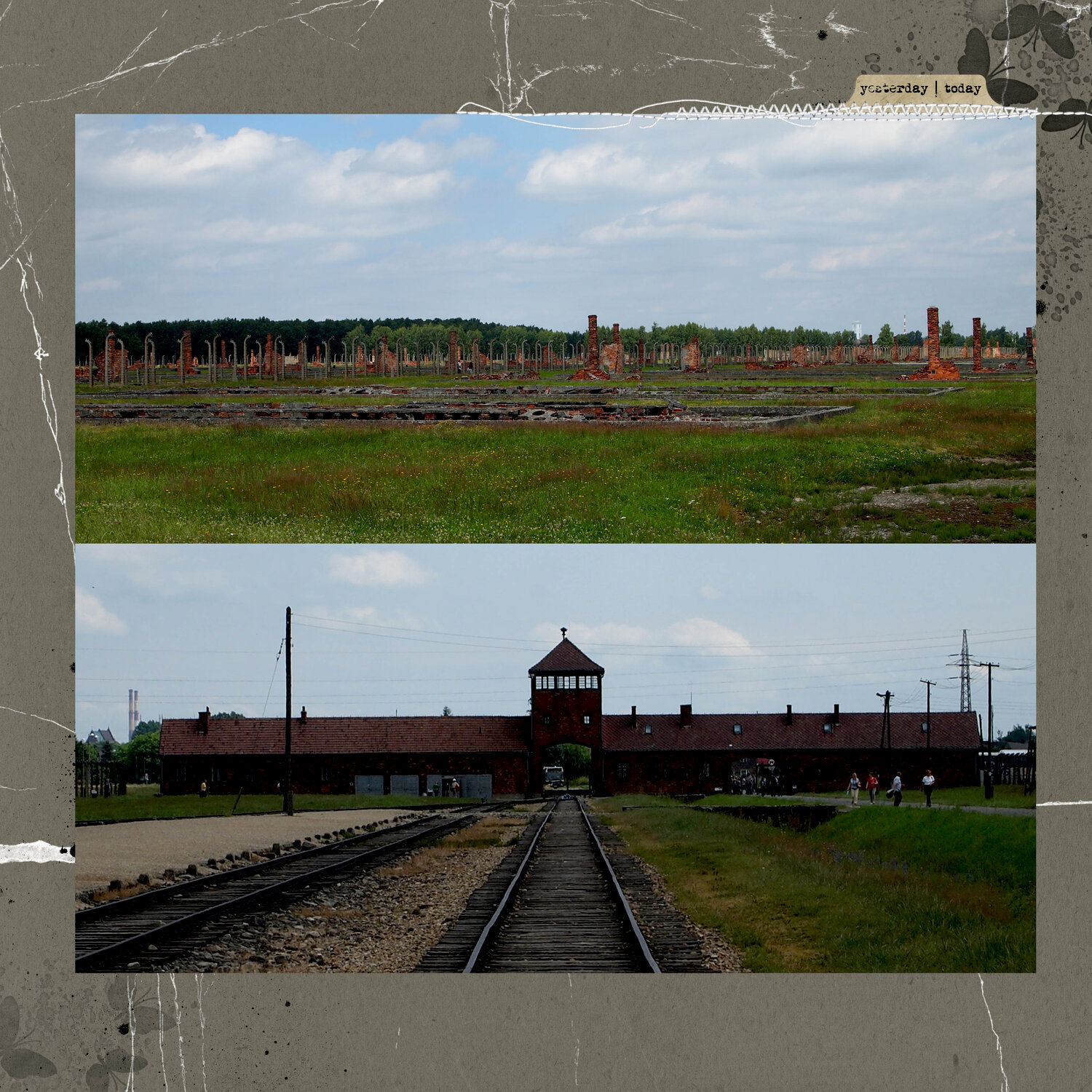 Journaling reads: I was most struck by the sheer size of this camp. Although much of it was destroyed by the departing German army in 1945, there are plenty of parts that survived. The main gateway and the central railway line that runs through it, synonymous with Auschwitz, are both intact. I am shocked to find the railway line is nearly 1km long and when I stand at the far end, between the two large underground crematoria, the main gate seems a very long way away. It runs straight down the Hauptstrasse, the main street, from the main gate nearly to the crematoria with the womens barracks on the left and the mens on the right. The timber barracks were largely burned with only one row still standing. The chimneys amid the rubble are an eerie sight and stretch as far as the eye can see. Birkenau was the largest concentration camp and was intended to be a death factory for gassing the Jews and other undesirables. The four crematoria here could burn 4,416 bodies every 24 hours and it is estimated that above 1.1 million people were killed here.

See All Projects by Chinagirl828