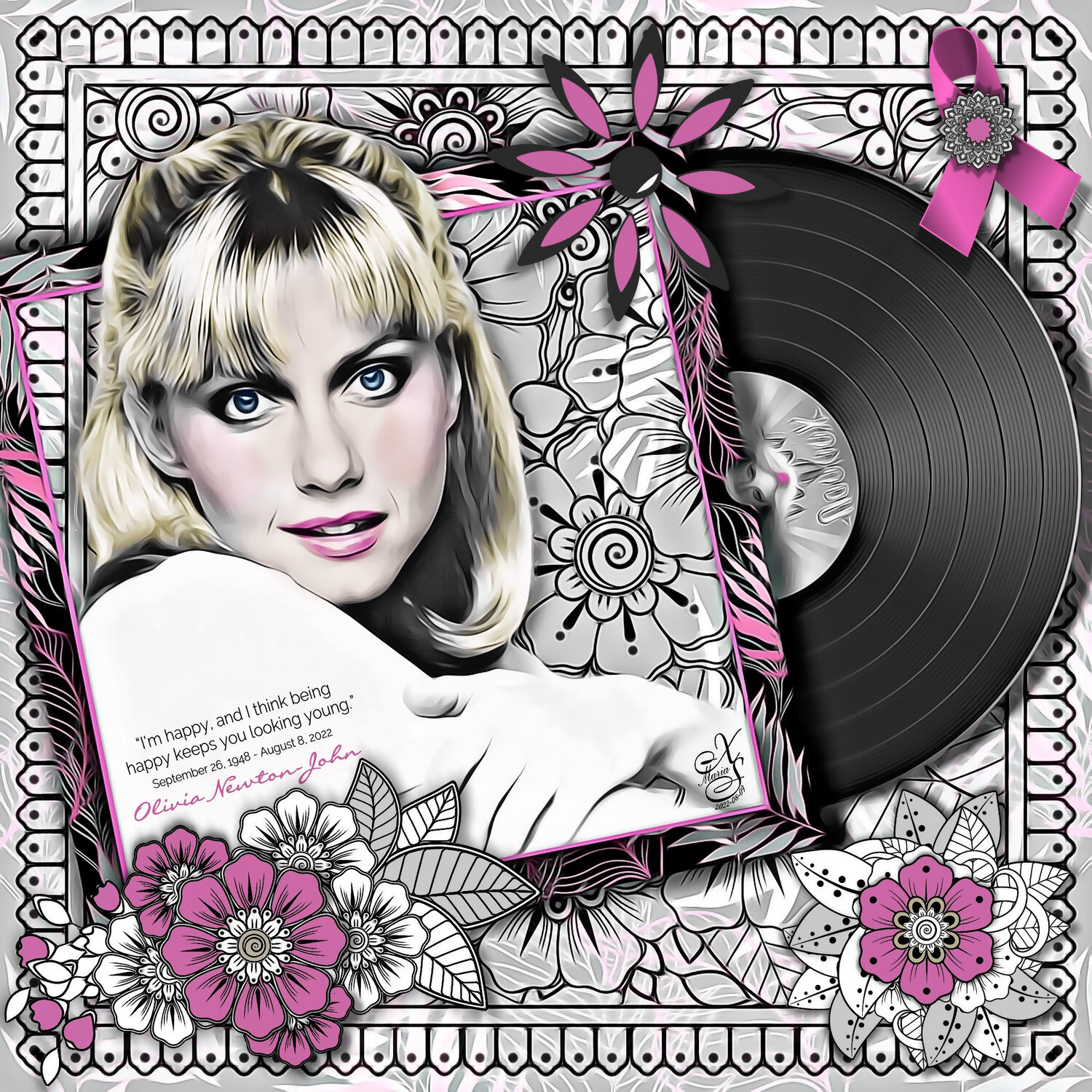 "I'm happy, and I think being happy keeps you looking young."
-Olivia Newton-John

Dame Olivia Newton-John was a British-Australian singer, actress, and activist. She was a four-time Grammy Award winner whose music career included five number one hits and another ten Top Ten hits on the Billboard Hot 100, and two Billboard 200 number one albums, If You Love Me, Let Me Know (1974) and Have You Never Been Mellow (1975). Eleven of her singles (including two Platinum) and 14 of her albums (including two Platinum and four 2× Platinum) have been certified Gold by the Recording Industry Association of America (RIAA). With global sales of more than 100 million records, Newton-John is one of the best-selling music artists from the second half of the 20th century to the present.

Newton-John was an activist for environmental and animal rights causes, and advocated for breast cancer research. A beautiful woman who died in such circumstances of breast cancer and to know she's was an advocate for the same disease. Sadly missed!

Drawin' & Creating for the love of
"OLIVIA NEWTON-JOHN".
©XenaPrincessWarrior

See All Projects by XenaPrincessWarrior