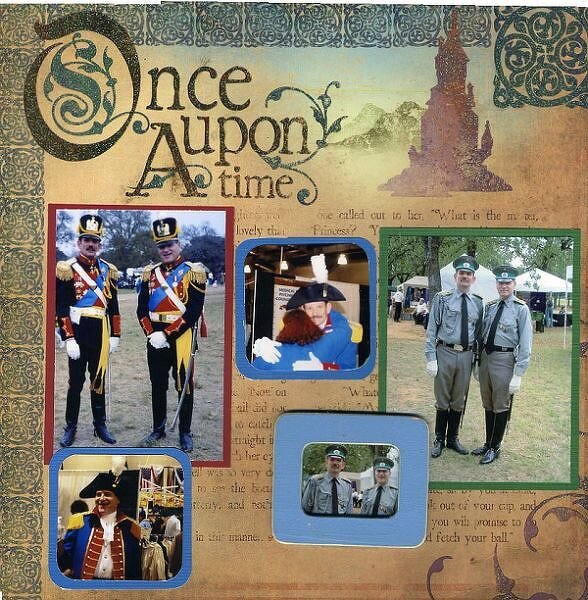 ONCE UPON A TIMEThere were two TOY SOLDIERS named Jodie and Jim. They were from the HOUSE OF THOMPSON in the province of Texas, west of Bavaria.Jodie and Jim were a familiar and formidable presence at nearly every German, Scottish and Folk event in the great province of Texas. Children would point excitedly at the two soldiers and many a photograph was taken of the two.The two soldiers had several different uniforms and depending on the event, they would wear one appropriate to the occasion. They have presented the Colours, acted as official escorts and performed other official duties at the activities they attend. As a result of their dedication to the promotion of the history and traditions of the Bavarian Royal family, Jim and Jodie received commendations from the Commissioner of Polizei of Trier, Germany and from the Commissioner of the Bavarian State Police.From 1987 till 2005, the two soldiers enjoyed their involvement in these activities. In 2005, though, the tallest soldier, Jodie, became sick and, despite the efforts of the doctors of the Province, died.The people of the Province were devastated that one of their beloved toy soldiers was gone.Now the duties of these two soldiers fall on the shoulders of the one soldier. Jim continues the legacy of the Bavarian soldiers and honours the Royal Family of Wittelsbach by promoting their history at the events he attends, while Jodie watches from above and smiles down on his brother.NowONE TOY SOLDIER stands alone.

See All Projects by Scrapscot